This year was my second time at FOSDEM and it was both exhausting and a lot of fun!

I went from Montpellier to Brussels in TGV, via the direct line connecting the two cities. I love high speed trains, they are comfy, you can bring lots of baggage, you are not probed, you can see the countryside, they typically connect the center of cities, and they even have Wi-Fi and power plugs! 🤯 Thanks to that, I have been able to bring the booth box that was sitting at my house since Capitole du Libre 2018 for free! 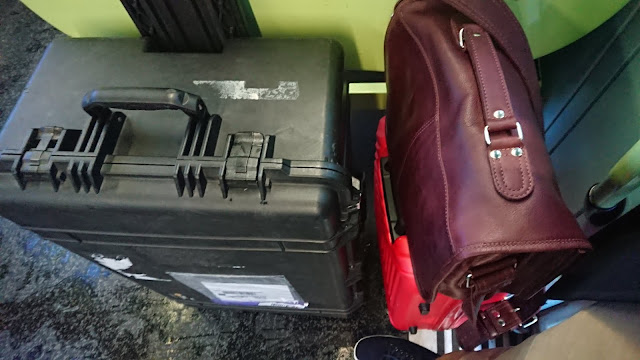 In a tramway in Montpellier, with the GNOME booth box, Librem 5 devkits, and my stuff.

I spent the vast majority of my time helping on the GNOME booth, I helped a tiny bit on the GNOME newcomers workshop where I add the chance to meet Jorge Creixell, which resulted into a merge request, and I played a bit with a Librem 5 devkit. Oh, and in two FOSDEMs I managed to attend zero talks.

The most important thing for me has been hanging out with colleagues and friends, some of which I didn't see since quite some time! I missed a lot of others, but it wouldn't be FOSDEM without regrets of non-met friends. 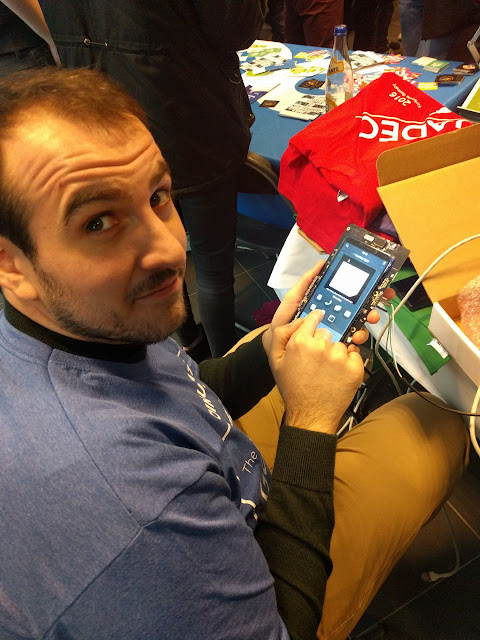 Playing with a Librem 5 devkit on the GNOME booth, testing phosh and some GNOME apps. Photo: courtesy of Tobias Bernard.

I am glad I attended this year's GTK hackfest! I learned a lot about GTK 4 (now +-free), its exciting new features and the remaining challenges. I will let the GTK devs explain all of that to you in their articles, as they will do it way better than me. 🙂

On the second day, we talked about adaptive patterns, what they are and what should be done for GTK 4 to support them natively. To start, we took a look at libhandy, what it provides, which widgets should be merged "as-is" (mostly the future GtkLeaflet), which widgets implement workarounds whose features should be enabled directly by GTK 4 (HdyColumn, HdyTitleBar, …) and what makes simply no sense to merge, like the phone specific widgets (HdyDialer, …). I am glad we were on the same page and we agreed on everything.

Attending this hackfest definitely was fun and enriching! 😀

Thanks GNOME for allowing me to attend these events!