GUADEC 2015 get its Beamer template!

Lasse and I spent some time recently to produce a Beamer template for GUADEC 2015. You can find it here: github.com/sils1297/guadec-presentation-templates. 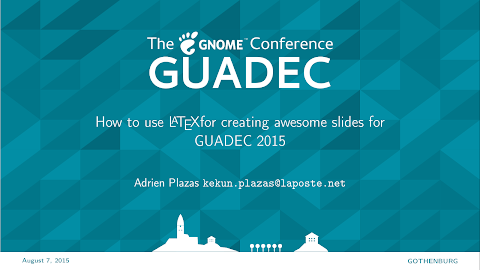 You can use it with Pandoc or directly with LaTeX. Example are shipped too: 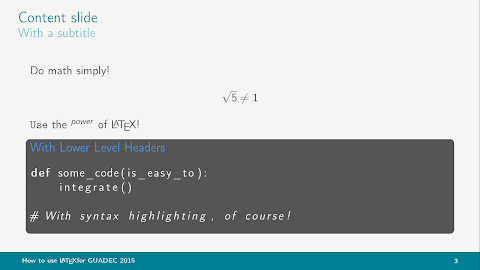 I hope you'll enjoy it, feedback is welcome and if you have any problem don't hesitate to contact me (Kekun) or Lasse (sils) GIMPNet #guadec on GIMPNet.