Have You Played Atari Today? 🎵

This is a guest article by Laurent « Hell Pé » Pointecouteau, the Alfred Pennyworth of GNOME Games who relentlessly works in the shadows to help make Games what it is, when he’s not busy writing in French about video games or slacking on Twitter.

I used to be really excited at New Stable Release Blog Posts™ like this one, back in the day when you had to wait six months for getting new GNOME stable releases (and matching Ubuntu PPAs) in order to discover what was new in your favourite apps. But nowadays, these blog posts, while still a delight to read, are just a little less surprising than before, and we’ve got Flatpak to thank for that!

So, here’s a quick reminder: Games can be obtained by two ways. The old-school way, with the version provided by your distro; and soon, hopefully, your distro will upgrade to the brand-new 3.26 stable version that we’ve just released. And the Flatpak way, the one we actually recommend if your system is ready for it: it’ll give you the choice between the 3.26 version — packed with our hand-picked selection of emulation cores! — and the Unstable Nightly version, where you can test (at your own risk as usual) all of the good stuff Adrien and folks have been working on during all this time.

So, either you already had a taste of all the new stuff in Games 3.26 and just need a recap, or you’re only using the stable version and want to know what’s new in store: in both cases, this New Stable Release Blog Post™ is for you! 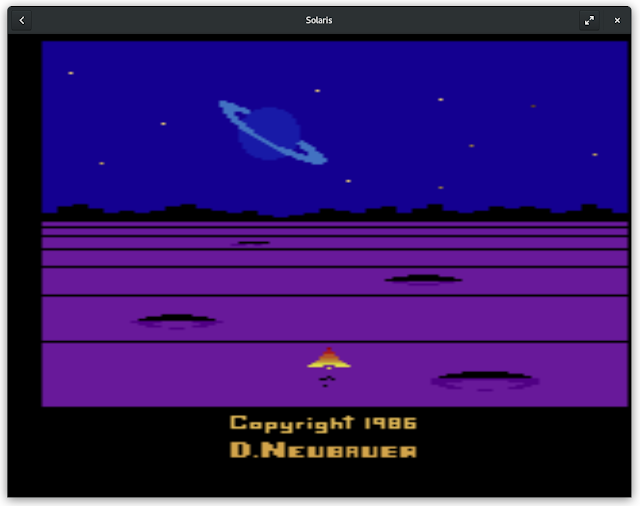 So that’s what in store for you with Games version 3.26! What’s next, you may ask?

So now, you know how it works: you can enjoy the latest release of Games by directly downloading and launching the flatpakref file provided on our GNOME Wiki page, or you can give the Unstable Nightly version (again, at your own risk) a try — or you can do both, since it’s all safely sandboxed by Flatpak of course.

juin 13, 2019
libhandy 0.0.10 just got released, and it comes with a few new adaptive widgets for your GTK app. You can get this new version here . The View Switcher GNOME applications typically use a GtkStackSwitcher to switch between their views. This design works fine on a desktop, but not so well on really narrow devices like mobile phones, so Tobias Bernard designed a more modern and adaptive replacement — now available in libhandy as the HdyViewSwitcher . In many ways, the HdyViewSwitcher functions very similarly to a GtkStackSwitcher : you assign it a GtkStack containing your application's pages, and it will display a row of side-by-side, homogeneously-sized buttons, each representing a page. It differs in that it can display both the title and the icon of your pages, and that the layout of the buttons automatically adapts to a narrower version, depending on the available width. We have also added a view switcher bar, designed to be used at he bottom of the window: HdyView
18 commentaires
Lire la suite

janvier 19, 2019
Libhandy 0.0.7 just got released! I didn't blog about this mobile and adaptive oriented GTK widget library since the release of its 0.0.4 version three months ago , so let's catch up on what has been added since. List Rows A common pattern in GNOME applications is lists , which are typically implemented via GtkListBox . More specific patterns arose, where rows have a title at the start, an optional subtitle below it, actions at the end and an icon or some other widget like a radio button as a prefix. These rows can also be expanded to reveal nested rows or anything else that fits the need. So far every application using these patterns implemented the rows by hand for each and every row. It made using these a bit cumbersome and it led to inconsistencies in sizing, even inside a single application. To make these patterns easier to use, we implemented HdyActionRow , HdyComboRow and HdyExpanderRow . HdyActionRow The action row is a simple and flexible row, it lets
15 commentaires
Lire la suite